Three times up and down sucked.  Five times is really going to suck bad.  And the wildlife is worse than I thought.  We saw this beast 3 or 4 times, seemed to have very little fear of us: 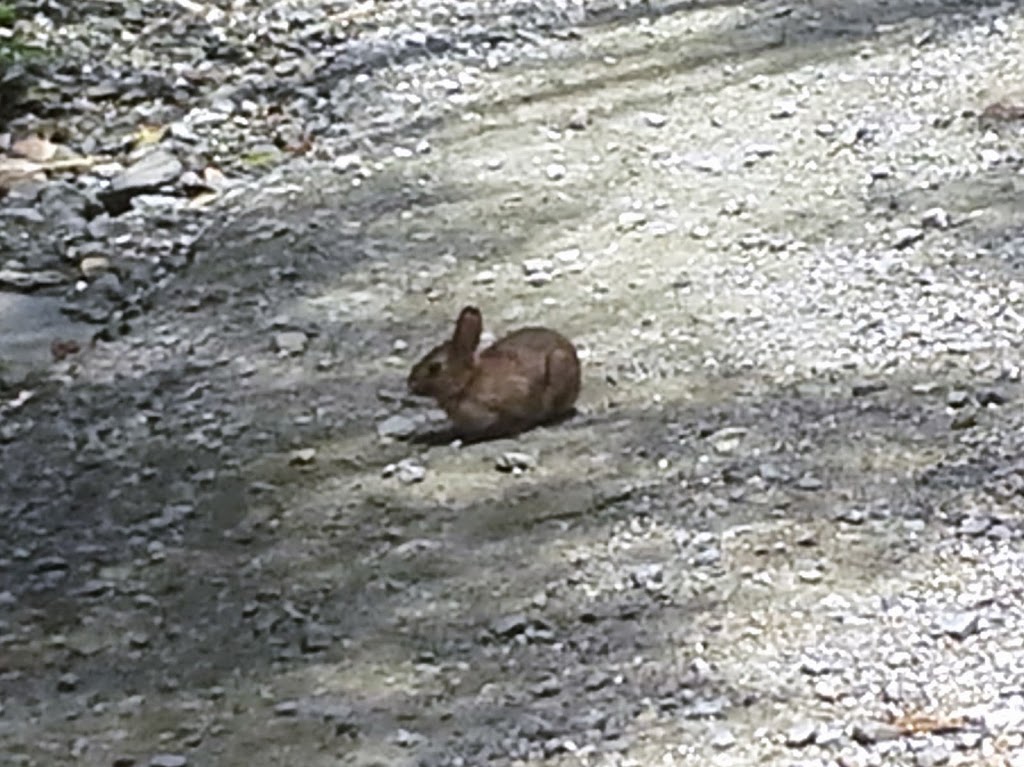 David, Stuart, Jeff, Josh and I met for repeats this morning on Jarmans Gap Road: 3x up 1500′, 3x down this morning. Truthfully, it wasn’t as bad as I feared.  It helped that the temp barely topped 80, and not too humid.  Also, I wasn’t trying to crush it, just wanted to see what 3 repeats felt like (my legs were tired but I could’ve turned around and done another), try out some different shoes to decide which to go with (Altra Olympus), how much hydration (one bottle was enough for the first loop, but for two and three I needed to refill from the jug Josh had at the top) and a feel for time (45 minutes for the climb and a bit under 30 back down seemed sustainable for me, though maybe not by #5).

Before we started a nice lady driving down the hill told us that the dogs were out, but shouldn’t be a problem.  She said a brown one recently nipped a cyclist because (she thinks) the cyclist kicked at it.  She said to just say the dogs name and it will back down.  Unfortunately I can’t remember its name, but I think it was something like “Killer” or “Mauler”, or maybe it was “Suarez” (the World Cup biter).  There were two dogs out with some little kids who said their dogs liked to chase runners but didn’t bite.  The light one was friendly, the brown one (not the nipper) was more skittish when we stopped to talk with them.

If you haven’t run Jarmans yet and are running JIM, I wouldn’t worry about it as long as you’re getting some hill work.  It might be more fun to see it fresh for JIM since we’ll all be sick of it after that anyway.  Unless you’re a real stud you’ll be walking around the time you go past the church or the FAA shed about a mile up.  It gets really steep in the middle but higher up it gets more runnable again.  I found that running 10 steps and walking 10 steps helped me get running again on the less steep sections, and when it was steeper I’d just walk longer.