As the day approached for the final race of the CATs Summer Series, it looked as if the weather would be the headline story.  Instead, what developed was the various directions from which a handful of runners finished the race after going off course. Also, one runner lost her car key fob.  The good news was that all runners were accounted for.  The series ended on a high note with a great post-race cookout and gathering, highlighted by grill master Frank Gonzalez and beers provided by Jason and Ann Dunn of Formula Fitness.  Post race comments echo that a lot of people enjoyed the return of the trail running community spirit this summer. 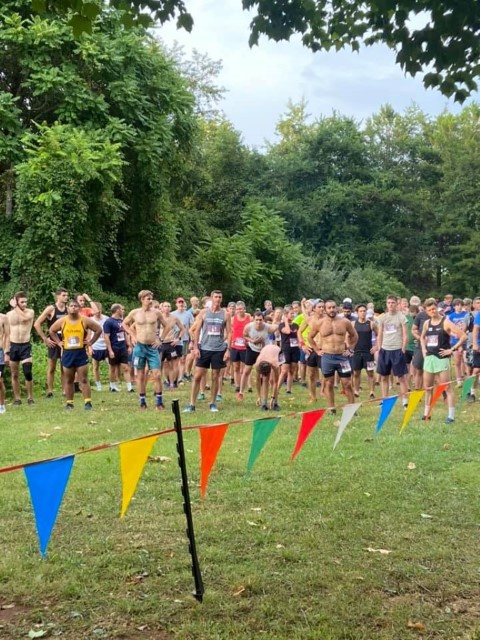 Runners relax just before the start, as John Andersen assures them they can’t get lost on this course. 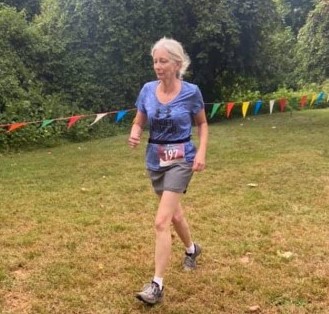 Eileen Shuman, probably thinking, “Why should I be in a hurry to get lost?”

We realize there are a lot of inexperienced trail runners in our races so we do try to over-mark the course.  We apologize for coming up a little short yesterday.  It was great to see that wayward runners banded together to help each other out and find their way back to the finish. 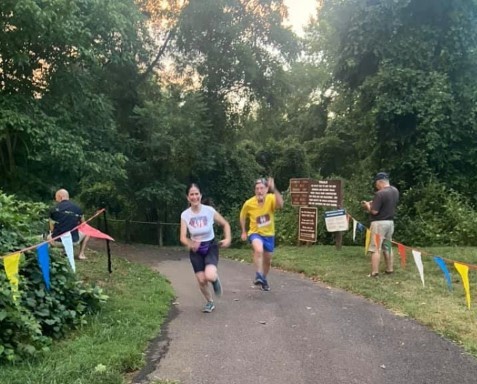 Gabriela Novoa and Dennis Hogberg got some bonus miles in. 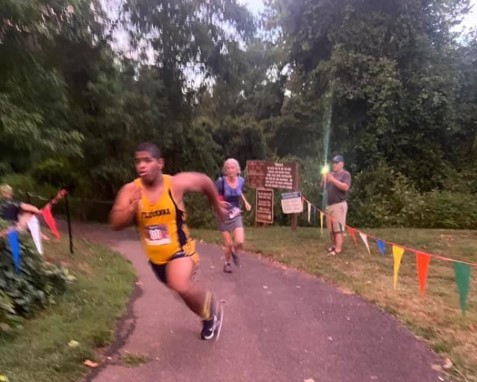 Samuel Givens and Eileen Shuman may have been the last to finish, but they got in more miles than most of you, and finished strong!

There were two races in play: the individual Summer Meltdown race, and the Summer Series championship.  The Meltdown saw fastest times by both the women and the men, but due to new development at the turnaround, the course was shortened to about 1/3 of a mile less than 4 miles.

Emily Smeds got her first win of the series this year in 27:10, and ran away with the women’s series title as well.  Great job, Emily!  In the Meltdown, Brenna Smith and Melanie Dorion took second and third.  Augusta Marshall was second in the series, followed closely by Sophie Farr.

For the men, David Hrivniak made his first appearance in this year’s series to win in 22:44.  David has won all six runnings of the Meltdown!  Once again Mike Fox took second, with Samuel Van Valkenburg third.  Fox’s consistency gave him a clear win for the Summer Series, followed by Michael O’Neill and Sean Stanford. 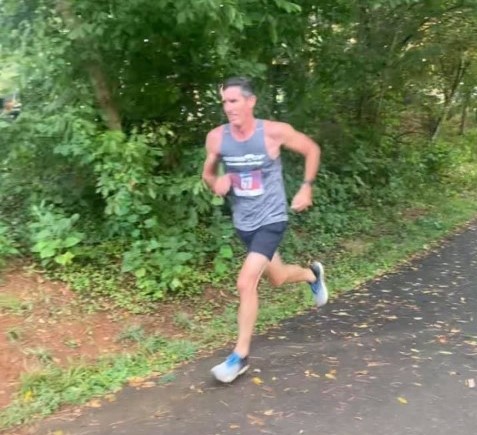 Congrats to all 72 runners who finished all 4 races!  315 people joined us for at least one series race.  Thanks to all who participated.  We loved seeing families like the Masris (pictured below), and we also loved seeing all of the individuals coming out and being part of the CATs family. 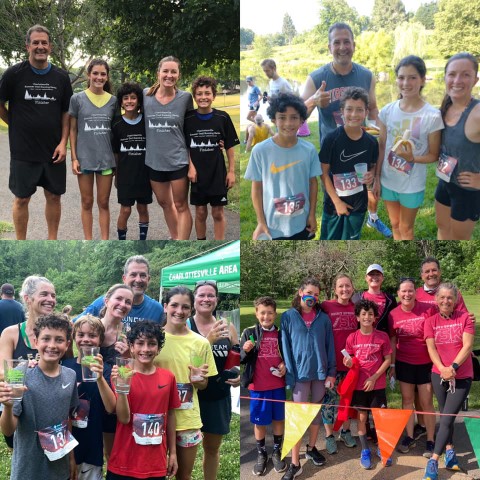 The Masri family finished all four races, and brought some friends as well!

Extra special thanks to all who volunteered and shared the work of putting this series on.  I don’t dare start naming people because I know I’ll miss too many. I hope all of you feel appreciated, and heard the extended applause from the runners before the race.

Full race results and series results are up now!  More photos can be found on the CATs Facebook page.