After my last post things started dragging.  I mean, dragging.

I took some time off to rest my legs.  Then it started raining — 9 days of rain I think it was — and other bits of life kept demanding my attention:  from the day-to-day mom duties to the rescheduled Grindstone 100.  Working with the CATs (and kittens — lots of CAT kids there) at Lookout Mountain aid station for the Grindstone 100 was the highlight of my month!

After Grindstone I was determined to get back to hiking regularly.  I was one hike away from Swift Run Gap where I would at least mentally be 1/3 of the way through my hike of the AT in Shenandoah, and that one hike had been put on hold for over a week.  The last time I had hiked had been Sunday, October 4th, as Hurricane Joaquin skipped out over the north Atlantic.  I was joined by my CAT twin, Mandy Baskin.  We are at opposite ends of the fitness spectrum, but we share the same crazy-goofy brain. 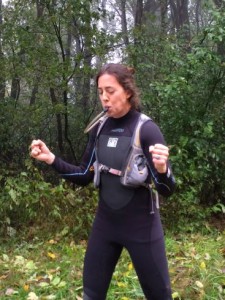 Mandy at the end of our hike. She had just donned the wet suit, preparing to run the AT back to our starting point in training for World’s Toughest Mudder in Las Vegas next month. While she looks like she’s about to kick someone’s butt she was actually just drinking and trying to warm up her hands.

So the Monday after Grindstone weekend I set off for Swift Run Gap, meeting numerous southbound thru-hikers, including Erik Barstow (aka Guardian).  Here he is at the viewpoint on Hightop: 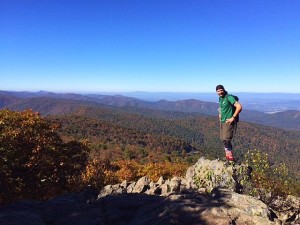 I reached Swift Run Gap in short order, enjoying some downhill running on a gentle slope as well as tasty apple from a tree along the trail.

I had finally made it to PATC Map 10, more a mental victory than anything else.  For the next several sections I was joined by my hiking partner, Lady Heller, who had been hiking with me since Rockfish Gap missing only a few sections. 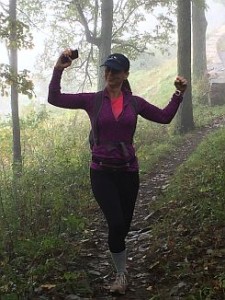 Lady illustrating how we feel every time we leave our lives in the foothills and get on the AT.

And so began the Central District of Shenandoah National Park, which is right in my backyard since I live in Greene County.  We’ve been hiking 2-3 times a week, as our schedules allow, and have blown through the Central District in no time, or so it seems.  My legs handle the hills much better now with very little aggravation of my knee.  Hooray!

Some pictures from the central section … 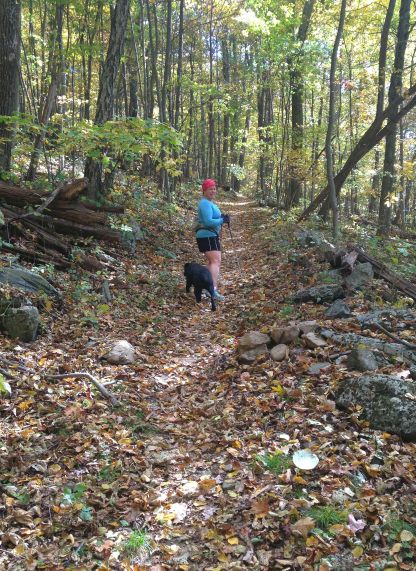 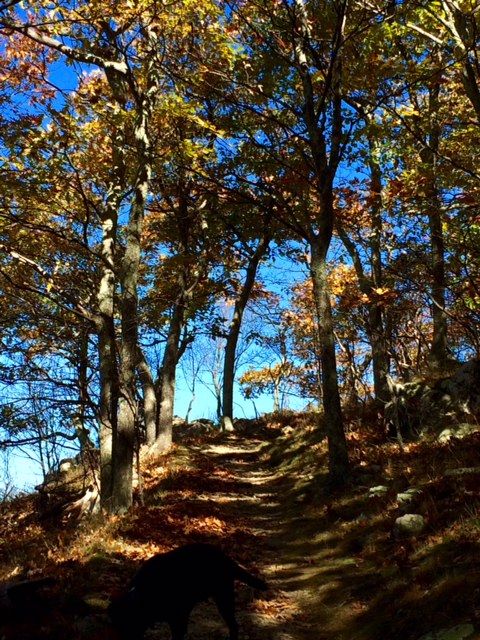 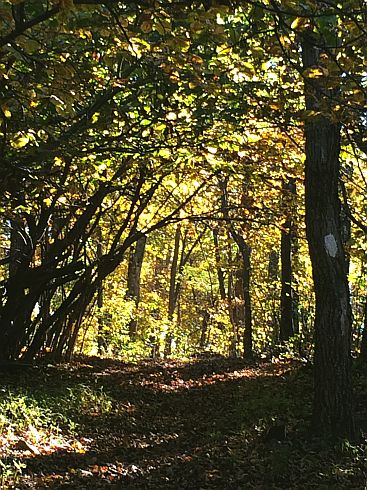 A feeble attempt to capture the colors and beauty of the woods near Big Meadows. 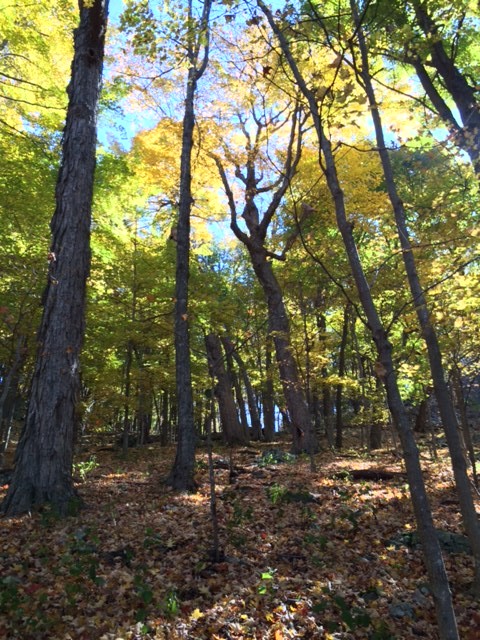 The AT routes through some of the talus slopes at Hawksbill. 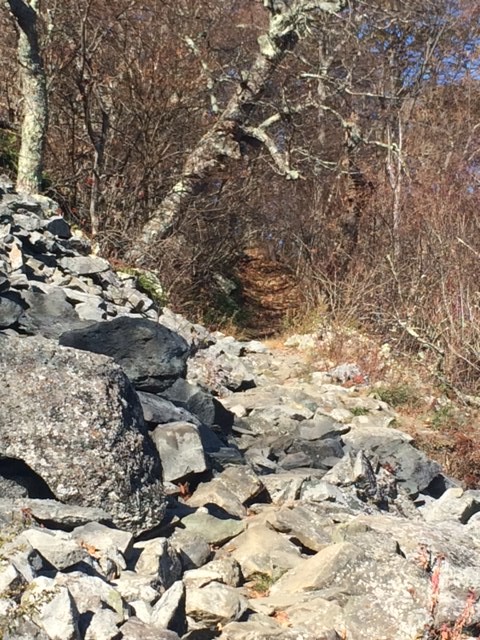 Looking southwest as the trail follows the curve of the mountains. 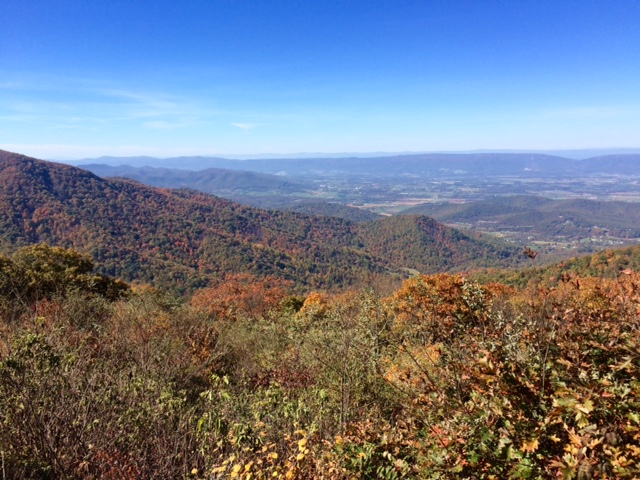 As it stands now I am 2/3 of the way through Shenandoah along the AT.  I have about 32 miles to go.  Next up is Mary’s Rock (I’ve been there before and it’s beautiful!  I plan to stop for a leisurely lunch there), Thornton Gap proper, and the North Section.